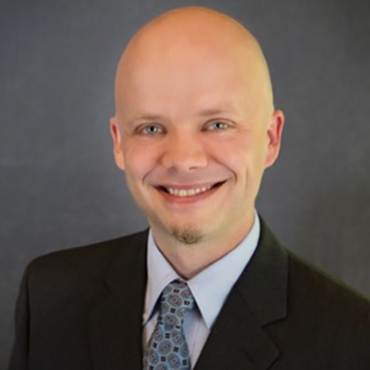 The Future of Digital Forensics

Looking around the field of Digital Forensics today, there are a number of states enacting legislation requiring Digital Forensic Practitioners to be licensed by or at least regulated by the bureaucracies that regulate Private Investigators. It's unfortunate but not surprising. Many blogs have been written about it; many people in the Digital Forensics field have complained about it. Nevada has a bill pending, AB 490, that "revises certain qualifications for the licensure of private investigators," so that applicants can include digital forensics experience in license applications. The PI licensing requirement issue is still being legislated in Texas. There are other states, almost weekly having discussions about doing the same thing. Thankfully, there are those states who see this as a silly thing to do and recognize that the benefits that they wish to attain by licensing in this manner, will not be attained. The truth of the matter is that it could do much more harm than good.

My home territory for my Digital Forensics practice is North Carolina. Two weeks ago, a bill appeared before the North Carolina Senate Judiciary committee that sought to license Digital Forensics under the Private Protective Services Board (PPSB). The way this bill was written would essentially have made it possible for the PPSB to set minimum criteria for practitioner-applicants. It would have allowed them to decide what training was "approved" for North Carolina and in fact, would have given them the capability to approve or not approve instructors! While aggravating, that issue was not the biggest opposition that I had to the bill. The real issue in North Carolina, as I believe it is in other states considering this type of legislation, is that there it makes no sense for PI boards to regulate an accredited forensic science. Do the PI boards regulate DNA labs? Do they regulate forensic accountants? What about forensic anthropologists? The list, as you can imagine, is long.

What is it about our field that they feel they have the right to try to cherry-pick our discipline of forensic science for oversight under their umbrella?

Well, there are several factors:

Thankfully, during the last meeting the North Carolina Senate Judiciary committee saw the flaws in PPSB's reasoning and I was able to convince one Senator to offer an amendment to the bill that stripped out the language that would have put Digital Forensics under the PPSB.

How did this happen?

I expressed to the Senators on the committee that the PI board was not the right place for our oversight. As a Digital Forensics practitioner, I have absolutely no issues with oversight and accreditation; I just want it to be by peers who actually understand the field of science! During my testimony, I expressed that there was already a "consortium" of bodies that represent our field who are trying to come together to provide a national set of minimum standards. A harmonized code of ethics, a unified grievance procedure and a compendium of recognized certifications. Most of us already belong to one or more of these organizations. Some of the bodies that are participating in this process (currently referred to as CDFS: The Council of Digital Forensic Specialists) include many of the current market leaders in this field. They are involved in discussions on how to provide the oversight that many states want to force on us through the PI boards and in less than a year they have made many significant steps....but there needs to be more.

The associations included in the Council of Digital Forensics Specialists currently include:

So, what can we do to stop the trend of PI-based requirements elsewhere?

We can bind together and suggest to those we pay our membership dues to or to those we pay for our certifications, that THEY need to move toward creating a national accrediting body. For those organizations who have expressed interest in this body, I suggest that they have to move FASTER. For those noticeably absent from the above list, we need to tell them to get on board! I am not saying that we need to only have ONE certification. I am not saying that ALL of the individual policies of the member groups have to be the same. I am not advocating for the dissolution of member organizations in the goal of creating one giant organization. What I am saying is that the member organizations pretty much play by the same rules. We have similar minimum standards. We have similar codes of ethics. We recognize that there are plenty of certifications available in our field and that they all have a place in our discipline. First things first: we need to get all organizations to agree to the NEED to adhere to a universal minimum standard.

Then, we need to get a consensus on:

So if it makes sense, what's the hold up? An EXCELLENT question! The truth is that an undertaking like this is not without its difficulties. Not the first of which is that most folks on the executive committees from member groups, have day jobs. They perform administrative tasks for their organizations in their "free time". Thus, creating a governing body is an addition of labor and responsibilities to their already full plates. The second is a little bit of protectionism. Individual groups rightly want to protect their revenue streams. I don't think anyone begrudges that. But the truth is that getting this off the ground doesn't require as much work as most people think and there doesn't have to be a dramatic affect to revenue streams. Let's face it, if the executives know that it is the will of their membership to push for a national body, then I think they will listen. After all, no one wants to be left behind if all the other representative bodies participate!

So what am I asking?

First: call or email those on the boards of directors for the Digital Forensics groups you belong to. In most, if not all cases, you pay to attain and keep your certification. The move toward a national body is very important to our field. It happens in every 'new' field after a certain amount of time - it's our turn now.

Second: watch what your state is doing in terms of regulating Digital Forensics. Your's wouldn't be the first state to wake up one day and find their jobs packaged neatly under the PI statutes! If your state is considering regulating Digital Forensics under the PI regulatory body, don't sit idly by while it passes, tell your Senators and Representatives that it makes more sense for us to regulate ourselves. Tell everyone who practices in your state what's going on. It is common that this type of legislation is a result of "agency bills". These bills don't necessarily get the appropriate amount of scrutiny. If you are not there to point out the errors, who will? But there is also a PREEMPTIVE way to fight this.

What is my vision?

I envision simple laws that work to protect the public interest and allow us to grow as a cohesive unit. Imagine a law in YOUR state that says that you are free to practice, if you maintain accreditation from a national organization that represents our field. Wow.....being regulated by those that UNDERSTAND what we do! It's a revolutionary idea, I know! And what if we could get ALL states to agree that this is the best solution?!?! What? Reciprocity? Wow...another revolutionary idea! Digital evidence is not constrained by state lines, so doesn't it make sense that accredited professionals in our field are also not constrained by state lines? Add to that, the fact that digital evidence is not constrained by Country borders and in and of itself it shows that this accrediting body needs to also consider expanding beyond the United States and become an International Organization. Rob Lee from SANS, Toby Finnie from HTCC and Jody Westby from Global Cyber Risk and others have been working tirelessly to get everyone organized and achieve this end goal. We can't make this happen on our own. We were successful in getting a reprieve in North Carolina while we develop a "governing body". There are several other states that were successful in doing the same thing. We can spread the effect if we come together.

It's finally time to start looking after ourselves as a group, instead of several smaller groups of individuals.

It's power in numbers.

It's beneficial to ALL practitioners.

And with your help, we can make it happen.

Ryan Johnson is a Senior Forensic Consultant for Forward Discovery, a global leader in computer forensics, incident response, and e-Discovery. Ryan manages operations in the North Carolina office and teaches classes on digital forensics in classrooms around the world.