Ivan Avilla is the senior manager of T-Mobile’s Cyber Incident Response Team (CIRT), and a Cyber Protection Chief Warrant Officer in the Army National Guard. He has responded to thousands of cyber incidents with varying levels of severity over his years with the Department of Defense (DoD) and T-Mobile. He is experienced with high profile incident handling, legally sound digital forensic methods used in regulated data breach reporting, litigation, law enforcement referrals and experienced in making expert witness testimony in cybersecurity investigations. 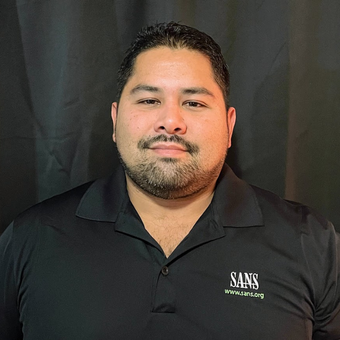 Ivan Avilla has been working in the information technology industry for over twenty-two years and has been a computer and technology hobbyist starting in his childhood years. Ivan’s primary experience consists of his twenty-two years as a Signal and Cyber Soldier in the United States Army, serving as a member of the Army National Guard, and as a civilian employee for the DoD. In the Army National Guard Ivan currently serves as a Cyber Protection Technician. Ivan heads up Cyber Security training for the Hawaii National Guard cyber protection team, in direct support of FEMA region IV. Additionally, Ivan served a tour in support of the Naval Computer and Telecommunications Area Master Station Pacific (NCTAMS PAC) as a Lead Cyber Network Defense Analyst.

While Ivan continues to serve the Army National Guard in a part-time capacity, he is employed full-time in the civilian telecommunications sector as the Sr Manager of T-Mobile’s Cyber Incident Response Team (CIRT) at their headquarters in Bellevue, WA. As the Senior Manager of Cyber Incident Response Ivan handles multiple tiers of cyber incidents from malware on an end user workstation to comprehensive investigations on multiple Internet facing production servers. In addition to dealing with the technical aspect of cyber incidents, Ivan has dealt with multiple incidents involving litigation, law enforcement and executive communications; gaining depth in the non-technical aspects of cyber incident response and cybersecurity leadership.

Outside of work, Ivan spends most of his time with his four children and their activities and is an avid billiards player, competing in American Pool Association leagues.