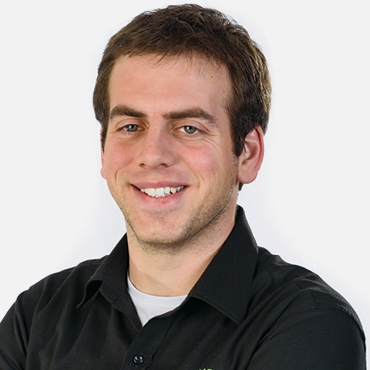 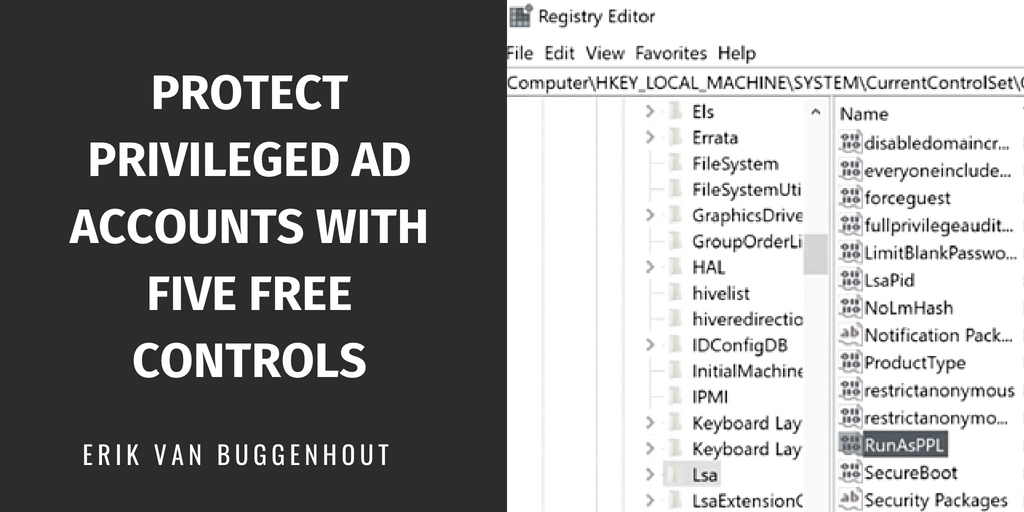 Once an adversary has obtained an initial entry point into your environment, they typically pivot around in the AD, looking to escalate their privileges further and eventually gain access to your crown jewels.

One of the most common attack flows looks something like this:

An adversary compromises a low-privileged user (through a phishing mail with a malicious attachment, for example), to get an initial foot in the door of your network.

If the user isn't already assigned administrative rights, the adversary exploits a local privilege escalation issue to get them. To pivot further in the network, the adversary attempts to steal the credentials of administrative domain accounts, knowing they'll provide access to additional domain resources.

Once they have administrative domain account credentials, the adversary can dump them from memory and further compromise the environment (example: a typical Mimikatz attack). Tools like Bloodhound will map out where administrators are connected, often giving adversaries exactly the information they need.

If BloodHound doesn't provide the "path to domain admin," another common trick involves disabling or breaking something small on a compromised machine to lure help-desk or IT staff to a machine controlled by the adversary.

With Domain Administrator access, the adversary can attempt to persist his administrative access to the domain (by generating a Golden Ticket, for example).

What kind of controls can we implement to prevent these attacks from succeeding?

1. Use separate accounts for all administrative purposes

Controls such as UAC (User Account Control) aim to limit when the administrative token (for example, administrative privileges) can be used, but how could those controls be bypassed?

An excellent overview of current UAC bypass methods is listed on Github.

This practice, recommended by Microsoft, mainly applies to highly privileged accounts that administer the AD management of the active directory (and use of highly privileged accounts). The process should only be performed from a dedicated system that can be seen as an administrative "jump box." (Never allow direct administrative access to the Domain Controllers from normal "internal network zones.")

Microsoft labels these "jump boxes" as "Privileged Access Workstations." Make sure to subject these systems to additional security hardening, such as the full implementation of Credential Guard, and dedicate them exclusively to administrative functionality?don't use them to run software such as email applications, web browsers, or productivity software like Microsoft Office.

For more on this, see:

Domain protected users are defined at the AD level, and enforce a number of security controls to protect sensitive credentials for a user or group. They can be configured as of Windows 8.1/Windows Server 2012 R2. They enforce:

Credential delegation (CredSSP) and Windows Digest (Wdigest — as of Windows 8.1 and Windows Server 2012 R2) will not cache the user's plain text credentials.

Kerberos will no longer create DES or RC4 keys. It will also not cache the user's plain text credentials or long-term keys after the initial TGT (Ticket Granting Ticket) is acquired. This control is mainly aimed at Kerberoasting attacks.

When the domain is a Windows Server 2012 R2 domain, the user cannot authenticate with NTLM authentication?only Kerberos.

4. Deploy CredentialGuard on Windows 10 and protected processes on Windows 8

With Windows Server 2012 (and Windows 8), the LSA can be configured to have its lsass.exe process hosted as a protected process. With the correct privileges, accounts can access the memory of any Windows process?but not with protected processes.

If you run the lsass.exe process as a protected process, tools like Mimikatz cannot access the process to extract credentials. However, protected processes are implemented in the Kernel software and can be defeated. Mimikatz includes a function to remove protection by requiring its kernel driver to be installed.

You can, however, detect and respond to installation of this kernel driver. 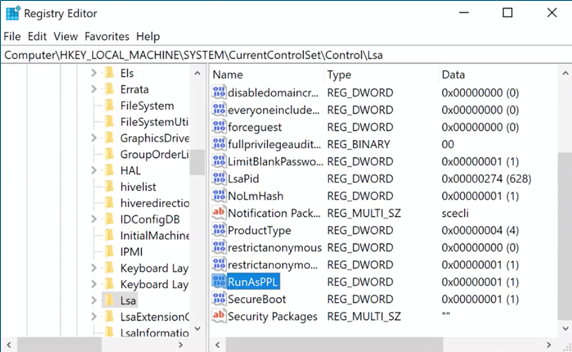 Credential Guard was introduced with the enterprise editions of Windows Server 2016 and Windows 10. It requires modern CPUs that provide virtualization functionality.

When Credential Guard is enabled, Windows still runs on top of the hypervisor and the hardware, and the LSA process still runs in userland. The difference is that the credentials are now stored in the Isolated LSA process (LsaIsol.exe), which does not run under Windows, but in the Virtual Secure Mode. This is a separate, virtualized environment separated from the other environments (like Windows) via hardware.

In some cases, environments have the same local administrator password configured for all systems (for "recovery" reasons). From a security perspective, this is a horrible idea?if an adversary gets access one local admin credential, he can reuse it across the entire enterprise.

LAPS is supported on the majority of Windows systems, as of Windows 7 (both x86 and x64 systems). To read more about LAPS, check out this article on Technet.

How can I learn more about how to defend my environment against adversaries?

Blog
Purple Team
Purple Teaming and Threat-Informed Detection Engineering
In the first two webcasts of this Purple Team series, we covered how to run your first Purple Team Exercise and how to Operationalize your Purple Team. You may have noticed that a common process in Purple Teaming is detection engineering. In this blog, we go into the items discussed in our third...