The pivot. Many intrusion campaigns follow a similar modus operandi. Attack the publicly available DMZ. Gain access to an initial target and leverage that access to pivot into the internal network. Now seize the objective. On Linux systems, Secure Shell (ssh) natively supports socks proxying. We can use this to bounce our tools off of a compromised host. This has two powerful use cases: attribution and pivoting. In the first case, sophisticated attackers and nation state threats often hop through an infrastructure of pre-compromised hosts to hide their true source or to perform misattribution (framing someone else for your attack). For penetration testers the latter use case, pivoting, tends to prove more useful. Specifically, leveraging an attack beachhead to further an ongoing intrusion campaign is standard and essential tradecraft. As mentioned on Linux this is often quite simple, but what about Windows?

Pivoting through Windows is often accomplished through specialized tunneling applications. Pivoting and port forwarding, for instance, are capabilities built directly into the popular Metasploit meterpreter. Nevertheless, more advanced attackers often rely on native system components in order to evade detection. In this post we will examine inherent Windows mechanisms to accomplish network pivoting.

Methods Covered in this Section:

netsh IPv4 to IPv6 port conversion for a remote computer:

netsh IPv4 port to another IPv4 port on the same host:

The network shell or netsh is a Windows command-line utility that was included in Microsoft operating systems beginning with Windows 2000. Its focus is command-line configuration of network utilities, but netsh encompasses a wide range of dynamic functions.

The Netsh Interface Portproxy provides command-line connection proxying between systems with direct IPv4 to IPv6 translation built in. This sounds a bit like tunneling, right? It is, from the DMZ host execute:

netsh IPv4 to IPv6 port conversion for a remote computer: 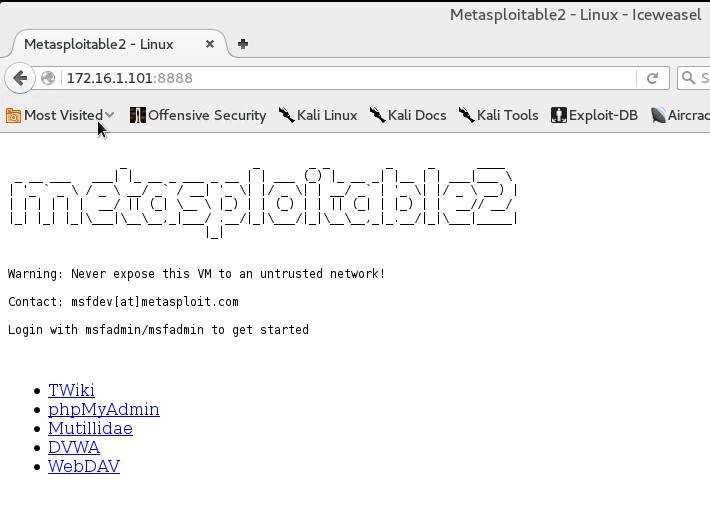 Netsh also allows a user to forward traffic within the same host. This may be helpful in the case of NAT where a firewall device permits one port inbound but you need to target a service listening on another port. This case often exists in the case of DMZ webservers where HTTP (port 80) is allowed inbound, but traffic from the MySQL or MSSQL databases (port 3306/1433) is restricted.

netsh IPv4 port to another IPv4 port on the same host:

To verify that the portproxy is performing correctly we can Nmap port 9999 and observe the SMB (port 445) response traffic. Nice!

The Windows ipconfig command provides network interface configuration details, but not always in the most convenient fashion. Netsh provides an alternative method. 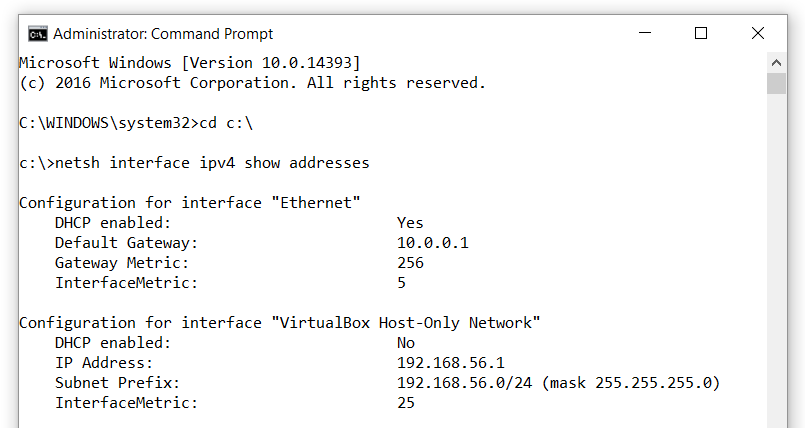 If netsh successfully connects, users may use an interactive netsh prompt to work with netsh as if they had shell on the target!

Get all of the CMD.exe tips from the SANS Pen Test Poster: "White Board of Awesome Command Line Kung-Fu!" 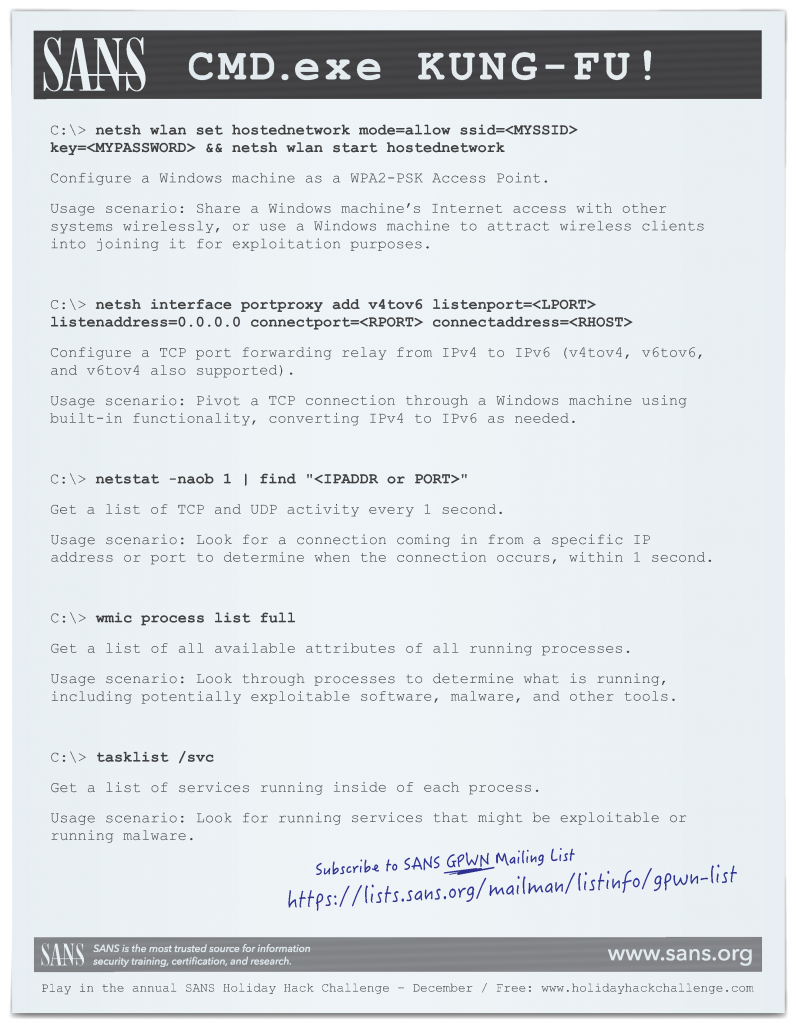