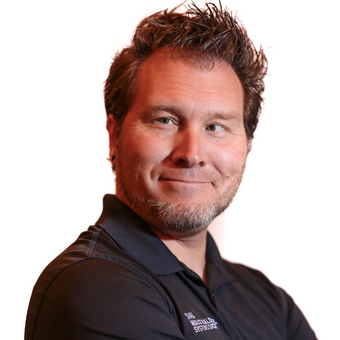 ICS Defense: It's Not a "copy-paste" from an IT playbook

A large portion of Industrial Control Systems (ICS) are critical infrastructure that underpin our modern society. Some of which generate and distribute power and heat to our homes, businesses and healthcare centres. Other examples are key in the manufacturing industry, the refining and production of oil & gas, and infrastructure that manage our water systems. These interconnected and interdependent complex mix of both legacy and modern computer systems are responsible for processes in the physical world, and require additional considerations for modern cyber defense beyond traditional IT (Information Technology) security.

There's a common misconception that IT security practices can be directly applied to ICS environments. While there's a wealth of knowledge available to perform solid IT defense a "copy and paste" of traditional security into an ICS could have problematic or devastating impacts. For example, the principles of traditional incident response; Detection & Identification, Containment, Eradication, Recovery, Lessons Learned, are still at play in ICS. However, for each step of the process the safety and reliability of operations needs to be considered to prioritize human life and the protection of physical assets. The Department of Homeland Security makes an accurate statement regarding ICS incident response - "Standard cyber incident remediation actions deployed in IT business systems may result in ineffective and even disastrous results when applied to ICS cyber incidents, if prior thought and planning specific to operational ICS is not done." - DHS - Developing an Industrial Control Systems Cybersecurity Incident Response Capability. While cyber incidents in IT environments can lead to undesirable data impacts such as the unavailability of critical business applications, data corruption, and data loss, the impacts to physical processes are much different. Impacts in ICS environments range from the loss of visibility or control of a physical process, to the manipulation of the physical process by unauthorized users which can ultimately lead to serious personnel safety risks, injury or death.

Let's define just a few common IT security defenses and review how they can be used or adapted to provide effective cyber defenses to ICS facilities while supporting the safety and reliability of operations.

In the security community for a while it's been said antivirus applications are dead. If that's true they've been reborn. But they are not the be-all end-all of protection. No one protection is. Similar to business networks we still have to responsibly deploy defense in depth and detection in depth in ICS networks. While updating antivirus signatures inside an ICS is not trivial, today most antivirus solutions have been enhanced to go beyond just signature based threat detection and protection. They have behavioural or heuristics engines to assist with threat identification in cases where anomalous behaviours occur. However, this sometimes can cause false positives. That is, a scenario whereby a security layer wrongly flags or stops a legitimate service or application from executing its intended function. A false positive in IT can disrupt business flow. A false positive in ICS could mean stopping a legitimate service that's critical for a physical process. This could create an unsafe physical condition.

What works better in ICS is the alerting on potentially malicious events and having a team to actively spin-off investigations for further triage or incident response, rather than simply blocking events. Antivirus also has application whitelisting capabilities allowing only legitimate or pre-approved applications to execute, drastically reduceing the potential for unapproved programs and malware to run. Whitelisting has been proven effective when setup correctly and maintained throughout controlled changes or maintenance windows. This type of protection typically does not require signatures or constant updates like IT antivirus deployments, thus is much easier to manage in ICS where environments are more static with far fewer users compared to IT environments. This is ideal on static assets such as HMI (Human Machine Interface) and data historians running on common operating systems like Windows or Linux. Antivirus is not commonly developed or deployed on ICS components such as PLCs (Programmable Logic Controllers), RTUs (Remote Terminal Units in the electric sector) or SIS (Safety Instrumented Systems).

The proper use of firewalls are critical in ICS for the same reasons as in IT. Firewalls can be used for containment in incident response, chokepoints for data collection for NSM (Network Security Monitoring), segmenting network zones and properly controlling traffic via access control lists. For example, isolate different control networks from each other, the Internet and corporate business networks. ICS firewalls should not allow any direct connections to/from the Internet. If remote access is needed for maintenance or support, this should be implemented with care and multiple layers such as multi-factor authentication, extremely strict access control and additional monitoring / alerting.

All network inspection devices deployed to make decisions on ICS traffic should be able to inspect and interpret ICS protocols and commands. As with antivirus solutions on end points, false positives can occur in network inspection as well. Thus an IDS (Intrusion Detection System) for alerting on suspect network traffic on a control network is more suitable than an IPS (Intrusion Prevention System) that blocks network traffic. Detection over prevention again allows alerting, logging and the ability for actively spinning off further investigation without security introducing risk to operations. IDS in any environment will require dedicated resources to frequently tune and test IDS rules based on changes and threat intelligence that can drive threat hunting. The volume of network traffic in industrial control networks is significantly less than in IT environments, again making the detection of evil more manageable. This opportunity to detect anomalies much quicker and more accurately makes NSM an effective defense strategy for neutralizing adversaries in ICS.

Performing regular vulnerability scans on critical business services is a good practise. Automating them and having the results delivered to an IT team's inbox on a regular basis is a great practise. I've seen this work very well in IT quickly followed up with remediation plans. Vulnerability scanning in an ICS network can have unpredictable and undesirable effects. This is certainly the case with aged firmware versions or legacy devices simply not designed to handle abnormal traffic patterns / packets or excessive connection requests. For example, scanning older PLCs with "xmas tree scans" could exhaust CPU and memory resources rendering unresponsive controllers. But tipping over PLCs is becoming less common. In recent years vendors have been building more security into ICS devices with the introduction of new models and through upgraded firmware. No-cost added protection could be just a well planned firmware upgrade away, but realize general active scanning in ICS environments can impact operations. While there are some scanning products available for safe use in ICS it's highly recommended they are tested in development first and supported by all stakeholders, including safety departments and change management. Alternative less invasive methods of vulnerability assessments can be performed by reviewing asset inventories, configuration files and firmware versions against threat intelligence and vulnerability advisories. With careful planning and a phased approach vulnerability assessment can happen effectively in ICS.

Patching operating systems and software is an effective security practice that's been common place in business networks for decades. For ICS there are special circumstances where patching may not be feasible or possible within a normally accepted timeframe. This could be the case with legacy equipment or critical infrastructure systems. However, patching has become more acceptable in ICS environments in recent years given the threat landscape, availability of patches, patch testing by ICS vendors, and standards such as NERC (North American Electric Reliability Corporation) for the electrical utility sector. In cases where electric utilities are following NERC-CIP the standards on patching are clear. Patching is not a "nice to have", it's a requirement with strict criteria from when patches are identified, reviewed and applied. In extreme cases when patching is not possible within NERC-CIP specified standards, an electrical utility adhering to NERC-CIP would declare an exceptional circumstance where the case would have to be justified and formally documented. Compensating controls then could be used to reduce risk in some cases.

Many ICS vendors go to lengths to verify their software on common operating systems not long after patch notifications. This process continues to improve across multiple sectors so patching is becoming more of a positive and achievable part of preventative maintenance that facilities can benefit. Remember, while evaluating patch advisories, vulnerability reports, and to drive risk-based mitigation plans, a Threat = Capability of the adversary + Intent of the adversary + Opportunity for the adversary to have an impact. Patch vulnerabilities that are applicable in your environment in a phased and controlled approach for success. Add additional monitoring or compensating controls where patching is not feasible or possible within an normally accepted timeframe.

Encrypting traffic between remote sites over inherently insecure channels can protect both IT and ICS networks, and is a general best practice. However, confidentiality inside an ICS is less of a requirement compared to inside business networks. Internal ICS network encryption can provide unintended challenges. Attention to end point processing power, network latency and bandwidth consumption, especially in facilities with legacy equipment will be needed. Also realize if encryption is used internally even though network flow data like traffic patterns and 5 tuple data is still available, critical defense initiatives such as NSM will be degraded. At this point the security model for hunting advanced adversaries, the ACDC (Active Cyber Defense Cycle), will be hindered. Network visibility at the payload level will be more challenging or impossible to inspect for evil. So be selective over where encryption is used internally if you go down this road.

So, there's different approaches to IT and ICS security, and that's ok! While some parts of traditional IT security can help guide the community, it's not recommended as a direct "copy-paste" for ICS. Adapt IT security for OT/ICS where it makes sense all the while making adjustments and considerations that prioritize human life, the reliability of operations and protection of physical assets.

Given the volume and sophistication of threats to ICS the movement that is IT & OT (Operational Technology) convergence works well for end-to-end security event correlation from IT through to ICS. Embrace the convergence of these groups to achieve an active defense strategy with NSM and active threat hunting. Physical site inspection and face to face cyber discussions literally on the plant floor(s), is very effective at getting all folks to consider and realize that "cyber safety" supports the safety and reliability of operations.

Recent months/years the community and world has heard of and are learning from specific targeted ICS attacks. Stuxnet, Havex, Blackenergy and power outages in Ukraine, and TRISIS/TRITON (the world's first publicly disclosed attack on safety instrumented systems. Through all of the targeted ICS attacks we must not lose sight that IT related malware such as Ransomware and Cryptomining, while not designed to physically damage an ICS, have also been seen to cause disruptions and downtime if running in an ICS.