Recently, I was considering material for an internal knowledge transfer session on timelining, when it occurred to me that the subject matter was likely of broader interest, and so, without further ado...

First, a note about the way I personally use timelines. I find them a great way to identify dated tidbits which one might not otherwise realize are associated with activity of interest, once investigation has been focused down to a restricted timeframe. When I do this, I typically extract all timeline data, and then filter it for times of interest to avoid information overload.

The best general purpose timelining utility of which I'm aware is Kristinn Gudjonsson's log2timeline tool. This great program handles a huge selection of input filetypes, and can output in several standardized formats, most notably; Bodyfile. I consider the output from this utility (when run against a complete image) to be the foundation of an ultimate timeline for the target system. There are a few gaps in the coverage of log2timeline, however, and at least one little-known tweak (which I've requested Kristinn add or at least document in the tool) can enhance its utility to those examiners who, for one reason or another, need to do most or all of their analysis under Windows. The tweak to which I refer is a way to get log2timeline to compile and run under the Windows cygwin environment. There's one prerequisite for log2timeline which won't compile under cygwin no matter what I've tried, the Net::Pcap perl module. (Technically, there are two, but the other one is Gtk2, and that's only required to build the GUI, which I don't use. It may actually be possible to build that, but I haven't tried very hard.) In any case, the Net::Pcap module is only used to add timestamps for packets in network captures, which I've found to be infrequently necessary in my usage. Fortunately, with one simple change, it's possible to disable this functionality, and allow the remainder of the utility to be built successfully under cygwin. All you have to do is remove the file 'lib/Log2t/input/pcap.pm' from your log2timeline source folder after you untar it, but before you begin the build process.

The few sources of timestamp data that I really miss from a log2timeline scan are as follows:

As always, you're welcome to leave commentary if you liked this article or want to call me on the carpet for some inaccuracy. And please do so if you know of something useful that I've missed. 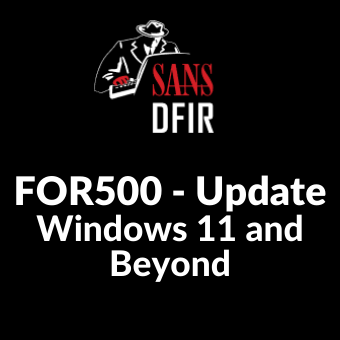