Andrew is a Co-founder of Control Plane, a security consultancy based in London, specializing in Cloud Native security architecture and training with a focus on Kubernetes and DevSecOps. With career-spanning roles such as Developer, Architect, Delivery Engineer, Database Admin, Technical Lead, and DevOps Lead for Critical National Infrastructure, Andy has a wealth of experience to bring to the table. He has an incisive security engineering ethos gained building and destroying high-traffic web applications. Proficient in systems development, testing, and operations, he is comfortable profiling and securing every tier of a bare metal or cloud native system, and has battle-hardened experience delivering containerized solutions to enterprise and government. 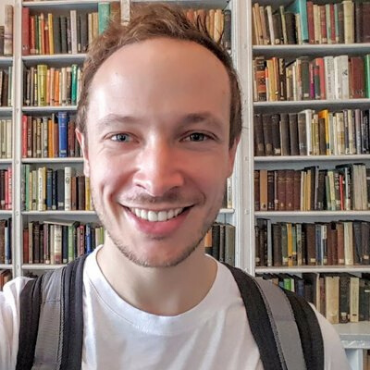 Whilst still being formally educated, he took it upon himself to investigate the minutiae of assembly, the impracticalities of his local networks, and the abject futility of rolling his own steganographic encryption (the bombastically named Encryptus Maximus). A keen software developer whilst still in shorts, his love of complex interconnected systems (and their inevitable holes) burgeoned as he was permitted to access further institutions and networks through school, evening jobs, and formal work experience.

Graduating with a Computer Science degree, he entered work straight from university. As the first engineer in a rapidly growing business services startup, he discovered the joys of securing PCI compliant infrastructure from drive-by and targeted attacks. Deciding to proactively automate security testing of the business’s systems, a few reverse shells later he was hooked. Attending local OWASP meetups and exchanging war stories, he quickly realized that everything was broken and that the only reasonable solution was post-apocalyptic levels of technical orchestration, and (with the launch of the public cloud shortly afterwards) the moniker of DevOps.

As a lifelong learner, Andy looked at the state of the nascent DevOps movement with some trepidation. The number of operations engineers required to satisfy the stratospheric growth of the industry would need to grow in line with the scale afforded by the new generation of cloud computing platforms. He began to speak publicly and vociferously of his experiences and tribulations in bringing software engineering rigor to infrastructure deployment and provisioning. Automating testing, statically analyzing changes, and reducing continuous integration lag became an oft-sung refrain.

As cloud adoption grew, so did the patterns and practices that came to be recognized as “cloud native”. Deploying production infrastructure on Docker 0.8 and Kubernetes 1.2, Andy is used to life at the bleeding edge. Unhappy with the adoption of traditional security tooling in the cloud native space, he took it upon himself to release the number of open source tools (Kubesec, Netassert, Simulator), and co-found a cloud native security consultancy in London, UK (https://control-plane.io/).

The cloud native landscape is broad and deep, and Andy's interests still lie firmly in the enablement and growth of colleagues, peers, and communities. The slew of privacy breaches over his career strengthen his resolve that the only solution to the ongoing digitization of private data is enhanced, automated security.

Andrew feels being involved with SANS is a great way to share his knowledge with students due to the in-depth interaction and the length of the courses. Through SANS, Andy enjoys having an international audience who come from many different backgrounds. The biggest challenge Andrew feels students face is that every three months a new Kubernetes version is released. This means new features, API changes, a revised (and possibly wider) attack surface, new ways of circumventing protections, and more. Staying abreast of these changes is critical.

When not playing with computers Andrew enjoys cycling, kicking out the bass jams, whisky, and crosswords.