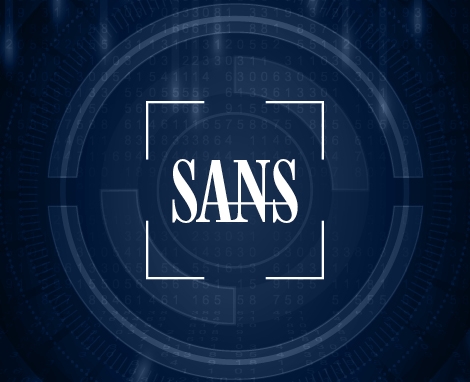 Threat hunting and Incident response tactics and procedures have evolved rapidly over the past several years. Your team can no longer afford to use antiquated incident response and threat hunting techniques that fail to properly identify compromised systems. The key is to constantly look for attacks that get past security systems, and to catch intrusions in progress, rather than after attackers have completed their objectives and done worse damage to the organization. For the incident responder, this process is known as " threat hunting ". FOR508 teaches advanced skills to hunt, identify, counter, and recover from a wide range of threats within enterprise networks, including APT nation-state adversaries, organized crime syndicates, and hactivists.

ADVANCED THREATS ARE TARGETING YOUR NETWORK - IT'S TIME TO GO HUNTING!

FOR508: Advanced Incident Response and Threat Hunting Course will help you to:

DAY 0: A 3-letter government agency contacts you to say an advanced threat group is targeting organizations like yours, and that your organization is likely a target. They won't tell how they know, but they suspect that there are already several breached systems within your enterprise. An advanced persistent threat, aka an APT, is likely involved. This is the most sophisticated threat that you are likely to face in your efforts to defend your systems and data, and these adversaries may have been actively rummaging through your network undetected for months or even years.

This is a hypothetical situation, but the chances are very high that hidden threats already exist inside your organization's networks. Organizations can't afford to believe that their security measures are perfect and impenetrable, no matter how thorough their security precautions might be. Prevention systems alone are insufficient to counter focused human adversaries who know how to get around most security and monitoring tools.

The key is to constantly look for attacks that get past security systems, and to catch intrusions in progress, rather than after attackers have completed their objectives and done significant damage to the organization. For the incident responder, this process is known as "threat hunting". Threat hunting uses known adversary behaviors to proactively examine the network and endpoints in order to identify new data breaches.

Threat hunting and Incident response tactics and procedures have evolved rapidly over the past several years. Your team can no longer afford to use antiquated incident response and threat hunting techniques that fail to properly identify compromised systems, provide ineffective containment of the breach, and ultimately fail to rapidly remediate the incident or contain propagating ransomware. Incident response and threat hunting teams are the keys to identifying and observing malware indicators and patterns of activity in order to generate accurate threat intelligence that can be used to detect current and future intrusions.

The course uses a hands-on enterprise intrusion lab -- modeled after a real-world targeted attack on an enterprise network and based on advanced threat actor tactics -- to lead you to challenges and solutions via extensive use of the SIFT Workstation and best-of-breed investigative tools.

During the intrusion and threat hunting lab exercises, you will identify where the initial targeted attack occurred and how the adversary is moving laterally through multiple compromised systems. You will also extract and create crucial cyber threat intelligence that can help you properly scope the compromise and detect future breaches.

During a targeted attack, an organization needs the best incident response team in the field. FOR508: Advanced Incident Response and Threat Hunting will train you and your team to respond, detect, scope, and stop intrusions and data breaches.

GATHER YOUR INCIDENT RESPONSE TEAM - IT'S TIME TO GO HUNTING

One of the biggest complaints you hear in the threat hunting and incident response community is the lack of realistic intrusion data. Most real-world intrusion data are simply too sensitive to be shared.

The FOR508 course authors created a realistic scenario based on experiences surveyed from a panel of responders who regularly combat targeted APT attacks. They helped review and guide the targeted attack "script" used to create the scenario. The result is an incredibly rich and realistic attack scenario across multiple enterprise systems. This APT attack lab forms the basis for training during the week. The network was set up to mimic a standard "protected" enterprise network using standard compliance checklists:

This exercise and challenge are used to show real adversary traces across host systems, system memory, hibernation/pagefiles, and more:

FOR508 is an advanced incident response and threat hunting course that focuses on detecting and responding to advanced persistent threats and organized crime threat groups. We do not cover the introduction or basics of incident response, Windows digital forensics, or hacker techniques in this course.

We recommend that you should have a background in FOR500: Windows Forensics prior to attending this course.

This is common sense, but we will say it anyway. Back up your system before class. Better yet, do not have any sensitive data stored on the system. SANS can't responsible for your system or data.

PLEASE INSTALL THE FOLLOWING SOFTWARE PRIOR TO CLASS:

Your course media will now be delivered via download. The media files for class will be large, in the 40 - 50 GB range. You need to allow plenty of time for the download to complete. Internet connections and speed vary greatly and are dependent on many different factors. Therefore, it is not possible to give an estimate of the length of time it will take to download your materials. Please start your course media downloads as soon as you get the link. You will need your course media immediately on the first day of class. Waiting until the night before the class starts to begin your download has a high probability of failure.

SANS has begun providing printed materials in PDF form. This class uses an electronic workbook in addition to the PDFs. We have found that a second monitor and/or a tablet device can be useful for keeping the class materials visible while the instructor is presenting or while you are working on lab exercises.

"So much content! I am finally able to get into the weeds and learn about things that have been a mystery for so long! FOR508 really breaks down the complicated in a way that is easy to understand while still leaving so much more to be done. I love this class" Zachary T., US Federal Government

For a special rate, contact Jaime Arbelaez @ Jaime.Arbelaez@sheraton.com.  Rates are subject to availability.