William has been passionate about computers and their security since being introduced to them as a young teen. Early on he knew that he wanted to be working in information security. He began his education as network engineer at a vocational technology school while still in high school. After graduation he started an Information Assurance and Forensics Bachelor's degree at an NSA Center of Academic Excellence. 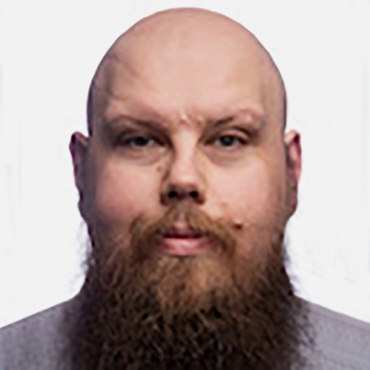 William has a decade and a half of experience within the field of information security. He has supported a fortune 5 company as a security engineer, supported many government and commercial customers in various roles within a Security Operations Center (including Incident Response analyst, DMA Lead and SOC Manager) and now is a Principal Security Researcher in a malware analysis role. He has taken the initiative to mentor and train new team members and has led many community events within the companies he has worked for. These events include quarterly mini conferences, Capture The Flag (CTF), LAN Parties, and other events to build the community and share knowledge. He is a frequent conference attendee and has participated in and won a number of IoT Village CTFs, including winning a Black Badge at BSidesDC for placing First in the competition. While the majority of his career has been supporting the blue team, he's always had a passion for the red team and has been honing his skills in penetration testing and exploit development. William currently holds the GCIA, GCIH, GPEN, GREM, GCTI, and GXPN GIAC certifications. In addition to those GIAC certifications, he holds the OSCP and CISSP.

Outside of information security, William is a general class Amateur Radio operator (KE5HDY), 3D printing enthusiast, and is working to become a member of the 501st legion (a Star Wars costuming organization that participates in costumed charity and volunteer work). His personal blog can be found at haxel.io