Richard Davis received his first computer, an Atari 800XL, in 1984 at age seven and immediately knew he wanted to work in technology. He began writing his own programs in BASIC, and later C, then got his first IT job in 1995. A year later, at age 19, Richard started his own company, TetraSoft Computers, providing service, networking, consulting, and training, then grew it into one of the largest computer service providers in northwest Georgia. 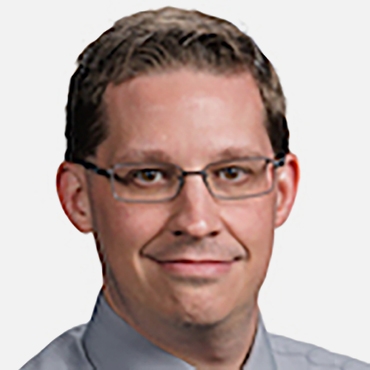 Over his career, Richard has now amassed more than 24 years of experience in information technology, with 11 years spent specifically in information security. As he transitioned from IT to information security, Richard says digital forensics was an immediate interest. "I have an extensive home lab conducive for learning and experimentation, and often use the hardware/software at my disposal to research new topics and create YouTube content on my channel, 13Cubed," he explains.

Richard previously taught a SANS mentor class for FOR500: Windows Forensic Analysis and now teaches FOR508: Advanced Digital Forensics, Incident Response, and Threat Hunting. "The highlight of my career so far has been the opportunity to train to be a SANS instructor," he says, noting that he appreciates both the challenge and the opportunity of being surrounded by people he considers "rock stars" of their respective disciplines.

Real-world impact is another reason Richard chose SANS. "It is one thing to learn theory, and another to see real-world examples of how material taught in the classroom can be immediately applicable to students," he says. "That's the difference between taking a university course and a SANS course," noting many students who learn about new forensic artifacts or concepts from SANS have immediately been able to apply that knowledge to active cases.

In the classroom, Richard shares his experiences working on larger cases that involve federal law enforcement, along with other real-world scenarios to help students better understand the content. From live demos to sketching or drawing diagrams and explanations for his class, Richard's primary focus is making the concepts and ideas he teaches understandable in a way that enables students to apply the concepts to real-world scenarios.

He admits that the biggest challenge students face is the complexity of the material. "You have to truly be interested in it and work hard to achieve understanding," he says. "I've seen some who are motivated only by the promise of a lucrative career, but those who excel in this field are the ones that eat, sleep, and breathe it."

In his spare time, Richard directs his talent toward sharing his knowledge with the information security community. He created the 13Cubed YouTube Channel, covering digital forensics and incident response, which now has more than 15,000 subscribers. When he's not creating videos on digital forensics and pen testing, Richard enjoys astronomy, traveling, and spending time with family and friends.