G. Mark Hardy is founder and president of National Security Corporation. He has been providing cyber security expertise to government, military, and commercial clients for over 35 years, and is an internationally recognized expert and keynote who has spoken at over 300 events world-wide. He provides consulting services as a virtual CISO, expert witness testimony, and domain expertise in blockchain and cryptocurrency. G. Mark is a SANS Principal Instructor and can regularly be found teaching both MGT512: Security Leadership Essentials for Managers and MGT514: Security Strategic Planning, Policy, and Leadership. 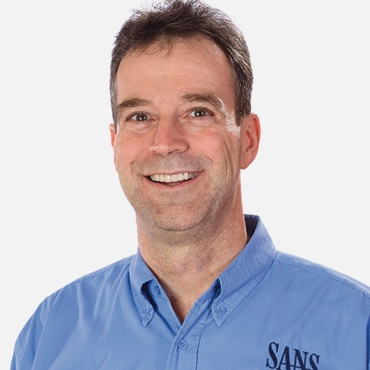 "Half of what you know about security is obsolete in eighteen months" is known as G. Mark's Law. Cyber security cannot be learned once and then practiced repeatedly. The threats, technology, and challenges change continuously, and so must our education. G. Mark greatly appreciates that SANS ensures instructors update courseware regularly so that the material is always being renewed. There is so much more to do in cyber security as it permeates throughout more and more of our lives and businesses.

At only fifteen years old, G. Mark realized that he could get into any computer he wanted. Luckily, he was also given a strong sense of right and wrong from his mother, and he chose to pursue a career in computer security. He went on to earn multiple degrees to support his path: bachelors in computer science and in mathematics from Northwestern University, an MBA from Loyola University, and a Master of Strategic Studies from the US Army War College.

Over time, G. Mark has started four businesses, worked for Big Four consulting firms, and served over three decades as a Naval Officer. In 2005, Captain Hardy became the first Commanding Officer of the Center for Naval Leadership HQ with 72 classrooms, 161 instructors, and responsibility for 70,000 students. He was also privileged to serve as the national director for the United States Navy Reserve Officer Leadership Course for two years. After completing nine military command tours, G. Mark wanted to share with others what he had learned that created success in leadership and management. SANS has been a perfect place to do so for him since 2012.

Although civilian leadership challenges are often different than military ones, having concurrently worked in the security industry while serving his country has allowed G. Mark to relate both worlds in a cohesive message. Understanding that every student has a unique background, G. Mark’s goal is to ensure each student achieves the level of knowledge that allows him or her to be successful as a cybersecurity manager, regardless of technical or managerial background. Given his diverse experiences, he is able to relate material to nearly any professional career path.

G. Mark has served on the Advisory Board of CyberWATCH, an Information Assurance/ Information Security Advanced Technology Education Center of the National Science Foundation and served as the National President of the non-profits Naval Reserve Association and the Association of the United States Navy. He holds multiple professional certifications including: GSLC, GSTRT, CISSP, CISM and CISA, and is a member of Beta Gamma Sigma (International Business Honor Society). During his military career, G. Mark was awarded the Defense Superior Service Medal, the Legion of Merit, and five Meritorious Service Medals.

G. Mark still has his first car, a 1960 Corvette, and loves keeping a piece of automotive history running and on the road. He also plays golf once a year like clockwork and can even break 100 on the front nine!

From the Trenches: SANS 2016 Survey on Security and Risk in the Financial Sector, Oct 2016

Risk, Loss, and Security Spending in the Financial Sector: A SANS Survey, March 2014

The Critical Security Controls: What's NAC Got to Do With It, April 2013

Breaking Down the Data: How Secure Are You and Your Supply Chain?, Nov 2017

From the Trenches, the SANS 2016 Survey on Security and Risk in the Financial Sector: Part 2 Securing Financial Environments, Oct 2016

From the Trenches, the SANS 2016 Survey on Security and Risk in the Financial Sector: Part 1 Incidents, Risks and Preparedness, Oct 2016