No Trespassing In The Cloud

Many organizations are wise to post no trespassing signs on their data resources, such as files and databases hosted in a public cloud.

Some self-appointed security researchers believe in their own minds that they have the legal right to poke around the property of another organization to see if they can find security mistakes. But it is not in the interests of the organization to have these unauthorized people poking around. This blog article therefore suggests the posting of no trespassing signs on all kinds of data resources, such as instances in a public cloud. A no trespassing sign can help clarify for the researchers that they have no business poking around and they are opening themselves to legal liability by doing so.

There is a big difference between an uninvited researcher and an authorized bug bounty participant.

Last year, self-promoting security researchers (vpnMentor) found a database of personal information on 80 million US households. They determined it was hosted on the Microsoft cloud and publicly accessible through the Internet.

They took it upon themselves to interrogate the database to determine what kind of information was in it, how many accounts were in it and so on. Apparently the database did not contain highly sensitive information like social security numbers or payment card numbers or much of anything else that is not already publicly available.

The researchers claimed they did not know who owned the database, but they sought publicity for themselves by revealing their discovery to the news media. Michael Kan, “Unprotected Server Exposed Data on 80 Million US Households,” PCMag.com April 29, 2019. https://www.pcmag.com/news/unprotected-server-exposed-data-on-80-million-us-households They were trying to publicize themselves and their for-profit web business as smart security experts.

Would you want these random people probing your organization’s database, even if you made mistakes securing it? Obviously, the answer is no. These people are trouble.

To warn away folks like these researchers, I suggest putting no-trespassing terms on databases that are stored in third-party clouds. Here is an example: "Warning. No trespassing. If you access this database, you agree to these terms. You may not access any content in the database without explicit authority from the owner. Violation of these terms constitutes among other offenses trespass, breach of contract and criminal access of a computer without authority causing harm."

These Researchers Could Spawn an Unwelcome Regulatory Investigation

Signs, banners and terms of use help to reduce ambiguity in cyberspace about property boundaries and what the rules are from one place to the next.

Security Misconfigurations are Easy in the Public Cloud

A medical laboratory, LabMD, paid a dear price when an unauthorized security researcher, Tiversa, approached the company. Tiversa said it had exploited a mistake by LabMD and downloaded a LabMD document containing patient names and Social Security Numbers. Tiversa tried to trick LabMD into believing the document had spread all over the Internet.

Tiversa was not trying to steal this information to commit identity theft or sell it on the underground market, which are stupid and very risky crimes. Instead, Tiversa wanted LabMD to pay it a big consulting fee to remedy the mistake and remove all the copies that had purportedly spread all over the Internet.

Tiversa tried to scare LabMD into paying it by describing to LabMD the sensitive contents of the document Tiversa had acquired and interrogated without authority. Tiversa had rifled through the document to ascertain precisely what was in it, count how many patients were identified in it and so on.

Tiversa thought of itself as a legitimate, for-profit business. It had paying contracts with many businesses, and a cooperative, publicly acknowledged relationship with the FBI.

LabMD refused to pay Tiversa. Tiversa then told a regulator, the Federal Trade Commission, that LabMD had allowed the document to get out. The FTC brought an expensive and debilitating enforcement action against LabMD. See, Michael J. Daugherty, The Devil Inside the Beltway, Broadland Press, 2013. https://www.amazon.com/Devil-Inside-Beltway-Surveillance-Cybersecurity/dp/0985742224#ace-g9859629705

LabMD might have been able to avoid this whole sordid affair if it had made clear to the researcher from the beginning that it had no business messing with the document. A clear no-trespassing sign at the top of the document could have changed the whole narrative of the story.

In layman's language, a stern no trespassing sign would effectively say: “Hey you, Tiversa. You think you are a legitimate business doing something you are authorized by law to do. You are wrong! You are not authorized to open, look in or search through this document. You are hereby notified that you are violating the law and opening your business to civil and criminal liability. Stop. Go away. Don't look at anything in this document. Don't interrogate this document. Close this document now and delete it.”

A No-Trespassing Sign Is Not a Substitute for Security

When I have mentioned this idea of a no-trespassing sign to some cyber security professionals, they argue I am trying to excuse organizations from security mistakes. They argue I am trying to use a legal trick as a substitute for good security. That's not true. I wholeheartedly say organizations should implement robust security. But I know that everybody makes mistakes. It is inevitable that well-managed organizations with strong security teams will still make mistakes. My suggestion for the no-trespassing sign is one additional control to reduce the risk associated with self-interested security researchers who think they are acting in compliance with law. The no-trespassing sign tries to eliminate any ambiguity about whether they are complying with law and make clear they must go away.

Furthermore, the no-trespassing sign is evidence to regulators that the researchers are crooks who should not be rewarded with approval, publicity or encouragement. Instead, the researchers should be prosecuted by law enforcement. In the LabMD-FTC enforcement action, LabMD could have made this argument about Tiversa if LabMD had placed a no-trespassing notice at the top of its document. LabMD might thereby have been able to stop the action at its outset.

The owners of property have long used no-trespassing signs to deter snoops. Those snoops might be good people, such as police, regulators, journalists, researchers, tax collectors, bill collectors or Good Samaritans who are just trying to find out whether the property owner has properly locked its doors and windows. But the law has long recognized that property owners have a right to keep these people away. One person's Good Samaritan is another person’s mischief maker.

A no-trespassing sign can take many forms. It does not have to be text. It can be configured many different ways so as to give reasonable notice to uninvited visitors. For example, on my own OneDrive, I post this video as a no-trespassing sign. https://www.youtube.com/watch?v=oIly_CFTJ7Q

What are your comments?

Benjamin Wright is an attorney based in Dallas, Texas. He advises a wide range of clients around the world on cybersecurity and digital forensics law. He is a senior instructor at the SANS Institute, teaching its 5-day course titled LEG523: Law of Data Security and Investigations. https://www.sans.org/cyber-sec... He is author of the book The Law of Electronic Commerce.

This article provides general education and not legal advice for any particular situation. If you need legal advice, you should consult your own lawyer. 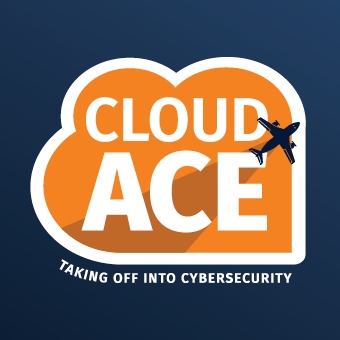 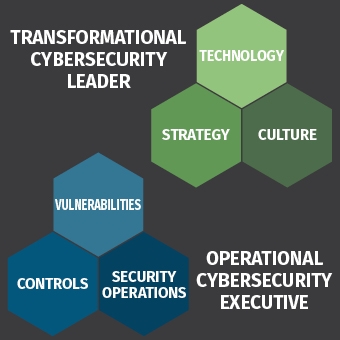