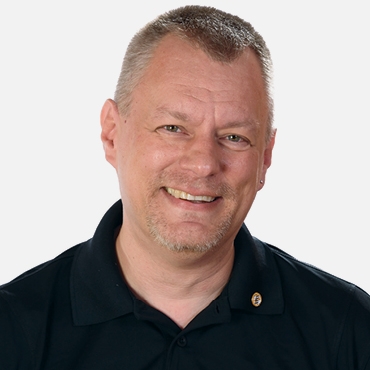 I will be teaching SANS SEC642: Advanced Web App Penetration Testing, Ethical Hacking, and Exploitation Techniques at many events this year, I am also the co-author for the course. AKA the most advanced web app pentest course on the planet, probably the galaxy! This is one of the many techniques that I will be exploring in this series of posts.

I had the opportunity to sit with my friend Ron Bowes @iagox86 a while back to talk about SEC642 content and the state of web application penetration testing in general. He mentioned hash length extension attacks, and that coincidentally he had written the absolute best tool to exploit it! Definitely something that we could consider adding. Ron has also done writeups for CTF challenges that can be solved using his tool.

So I have some of the ingredients that we can talk about. We have a topic, we have a tool, and all that we need is a vulnerable application. We found a couple that had been used in CTFs, and one that also included some other interesting crypto challenges called CryptOMG by SpiderLabs. They published the solutions to the first and second challenges on their blog. This is the solution to the fifth challenge which is a hash length extension attack, and of course we will use hash_extender to do so. Installing CryptOMG is covered in Appendix A.

Opening up the new site in a browser and we see this: 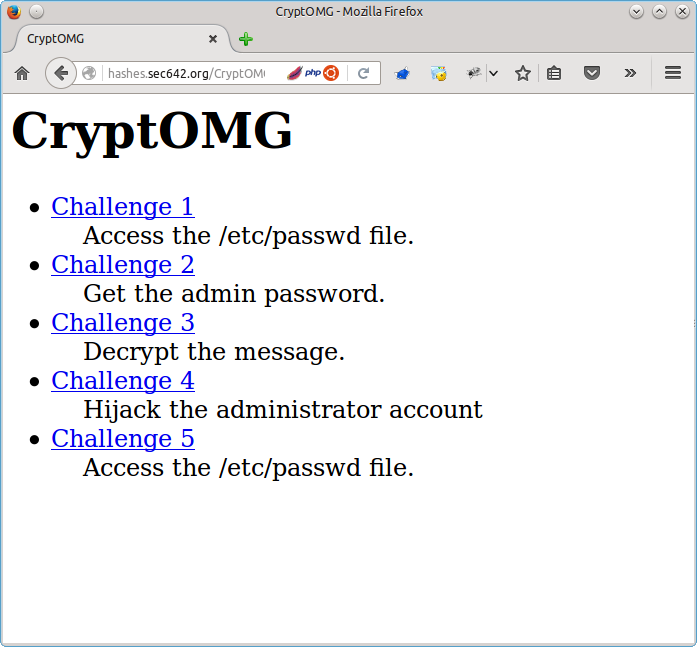 The challenge appears to be a Local File Include (LFI) to see the contents of "/etc/passwd".

Selecting Challenge 5 and we see the following: 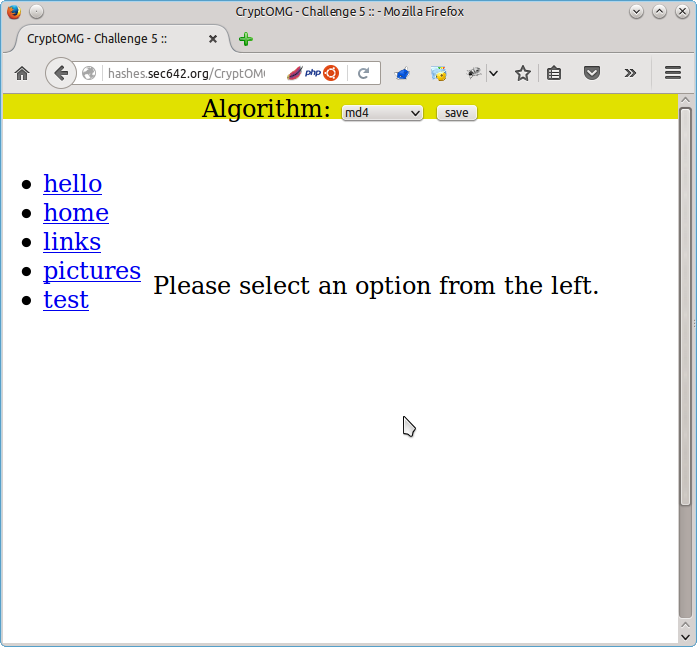 Selecting SHA1 as the Algorithm and clicking on the test link proxying through Burp gives us the parameters that we presumably have to play with to succeed.

Sending the same "get" request to repeater and we see the following response:

We now have a baseline request that gives us a 200 response code, and presumably the contents of the file called test in the HTML.

If this were HMAC we would need the secret. Brute forcing that might take a while, so let's try a hash extension attack. Without knowing the secret we can append to the file name parameter and try a directory traversal with a LFI attack. We just need to be able to create a valid hash. So our attack will look something like this:

The problem is that we do not know the secret, and also do not know the length of the secret. This is what we need to append our data to the input parameter, assuming that they did something like this to create the hash:

Enter hash_extender to the rescue. Downloading it from git and making it is quick and easy. The instructions are in Appendix B.

Running the following should give us some file names and hashes to try!

(I had intended to put a crazy one liner in there, but Ron is way cooler and more l33t than me). The first time I tried it I had not put enough ../ in and got a 200 response code without the file contents. 9 seemed like a good number. If we are not successful we see a 404 response code and the HTML does not contain the file that we are looking for: 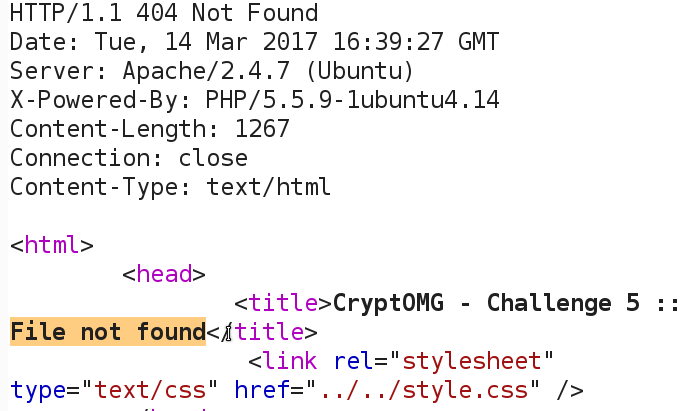 Running the results from hash_extender through Burp Intruder we get a hit. This was done with the hashes in one file, the strings in another, with both used as payloads to Pitchfork.

As it turns out the length of the secret was 34 bytes. Let's see what we have!

Success! Without knowing a 34 character secret password we are still able to grab the contents of "/etc/passwd" through the hash extension attack.

This is one of the many practical attack techniques that we teach in the SANS course SEC642.

I am teaching SEC642: Advanced Web App Penetration Testing, Ethical Hacking, and Exploitation Techniques at multiple SANS training events around the world in 2018.

Appendix B: Installing hash_extender: (again using Ubuntu, but in this case the Samurai WTF VM)

The original string that we're going to extend.

The format the string is being passed in as. Default: raw.

As an alternative to specifying a string, this reads the original string

The format the signature is being passed in as. Default: hex.

The data to append to the string. Default: raw.

The hash_type of the signature. This can be given multiple times if you

want to try multiple signatures. 'all' will base the chosen types off

the size of the signature and use the hash(es) that make sense.

The length of the secret, if known. Default: 8.

Output the string in a table format.

Display the usage (this).

Only output what's absolutely necessary (the output string and the

The arguments you probably want to give are (see above for more details):