Universal Health Service (UHS) suffered a ransomware attack over the weekend. The attack prompted the organization to shut down systems at its healthcare facilities in the US. Reports from UHS employees indicate that facilities in several US states, including California, Texas, and Florida, were without access to phone systems and computers. Affected facilities are redirecting ambulances to other hospitals, and patients who require surgery are being transferred. A public statement from UHS says that its "IT Network across Universal Health Services (UHS) facilities is currently offline, due to an IT security issue."

Wired: A Ransomware Attack Has Struck a Major US Hospital Chain

The Register: UK, US hospital computers are down, early unofficial diagnosis is a suspected outbreak of Ryuk ransomware

A company that provides IT services to US state and local governments has confirmed that a cyber incident reported last week was a ransomware attack. Some Tyler Technologies customers have reported detecting suspicious logins. The company is urging its customers to change their passwords for remote access accounts.

Tyler Tech is still recovering from the attack, and their web site still only references compromise of internal resources. Those with a trusted connection to Tyler Tech should assess the risk of that connection in light of their current situation. Remote access accounts, including remote support accounts, need to be multi-factor to prevent access in a credential stealing attack. If you have a network trust relationship with a service provider, make sure you have incident response plans to include the assurance needed for the connection to continue, and disconnect it when that cannot be met.

School Data Leaked After Ransomware Demand is Not Paid

Ransomware operators published data stolen from the Clark County (Nevada) School District after the district declined to pay the ransomware demand. The Clark County School District has 320,000 students; the leaked data include Social Security numbers, grades, and other personal information. (Please note that the WSJ story is behind a paywall.)

As schools increase dependence on technology and distance access in response to COVID, their exposure to attack also increases. Publishing the data marks an increase in the risk to school systems from availability, (data on encrypted systems may be lost), to include confidentiality. Unauthorized school system data exposure could result in significant cleanup and legal costs. 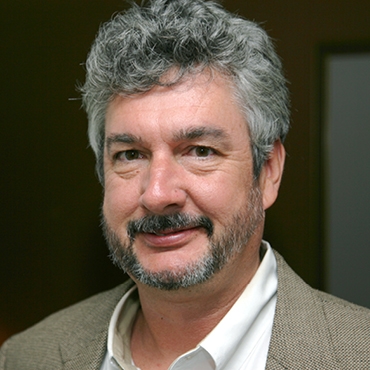 Ransomware operators are well aware of the impact of the adjustments made by educators in response to COVID which has created new opportunities for attack. Mitigate risks by reviewing and updating security settings on new and legacy systems as well as making sure that UAT remains current and required to help users be vigilant and make good choices.

The US Department of Health and Human Services (HHS) Office for Civil Rights (OCR) has imposed a financial penalty of $6.85 million on Premera Blue Cross for violating the Health Insurance Portability and Accountability Act (HIPAA). A 2014 data breach affected the protected health information (PHI) of 10.4 million patients. An OCR investigation of the breach found "systemic noncompliance" with HIPAA rules.

Whether you're assessing benefits providers or leveraging an outsource or cloud service for processing PHI, be sure to assess the HIPAA or HITRUST certifications of your service providers. Understand not only which certifications are in place, but how their compliance is monitored and corrected if needed. This is doubly important if you're creating a COVID testing lab as the state reporting requirements include a lot of PII & PHI which must be managed.

A US District Judge has sentenced a former tech support person to a year and a day in prison for accessing his former employer's computer system, deleting file storage drives, and changing the storage management system password. Shannon Stafford was also ordered to pay his former employer nearly $200,000 in restitution. Stafford was found guilty of intentional damage to a computer and attempted intentional damage to a computer. Stafford's responsibilities included "disabling company users' network access credentials at the end of their employment."

While the employee's account was disabled after he was terminated, he was able to use co-workers' accounts to access the systems, using his company issued laptop which he refused to return. Mitigate the risk of shared credentials by requiring multi-factor authentication, particularly to any privileged accounts. MDM systems can manage and wipe Windows and Mac laptops; leverage this capability just as you would for a lost or stolen smartphone/tablet to render it unable to access corporate resources, as well as delete any company data.

Justice: Maryland Man Sentenced to Prison for Intentionally Damaging the Computers of His Former Employer

Source code for Microsoft Windows XP, Windows Server 2003, and other older operating systems has been leaked online. The data have been posted by a 4chan user. Microsoft is investigating the issue. It appears that much of what was made available was previously leaked material.

While most of this represents previously released code, it's still a risk if you're running the affected operating systems. At this point, you should only have Windows XP or Server 2003 in isolation, typically OT systems. Irrespective of the source code availability, those older operating systems should not be generally accessible as the security model is not sufficient, by itself, to withstand current attacks.

The Register: Microsoft claims to love open source - this alleged leak of Windows XP code is probably not what it had in mind, tho

ZDNet: Windows XP source code leaked online, on 4chan, out of all places

Twitter Fixes Caching Bug That May Have Exposed API Keys

Twitter has warned developers that a caching bug in developer.twitter.com may have exposed API keys and access tokens. Twitter says it has fixed the issue by changing caching instructions so that browsers will no longer store information about developer accounts or apps.

Bleeping Computer: Twitter is warning devs that API keys and tokens may have leaked

Microsoft has pulled 18 Azure Active Directory apps after determining that they were components of a command-and-control structure supporting malicious activity of China-based cyberthreat actors. The apps were being used to help the group launch phishing attacks.

All of the major cloud service providers (AWS, Google, Microsoft) and other "platform" providers (like Zoom) have application marketplaces that are like the App Stores that Apple and Google have for iPhones and Android phones. However, the level of security testing done by the cloud vendors before allowing an app to be sold through the cloud marketplaces varies widely across the CSPs and changes frequently. Malicious actors can simply host their malware on cloud instances without going through the marketplace - and the CSPs have varying track records of detecting and removing/blocking those malicious customer apps. The level of security testing of marketplace apps and security monitoring of hosted app activity should be key questions in when security is part of cloud platform evaluation.

Authorities in Indiana have arrested a 13-year-old middle school student in connection with a series of cyberattacks against the computer network of the Valparaiso School District. The student is believed to be responsible for a string of attacks that disrupted remote learning activities.

Not enough data yet to definitively state the cause, but so far looks like an example of "aggregation risk" - many different players using the same provider are impacted when that provider (whether Microsoft or the Public Service Answering Point vendor) suffers an outage. Part of supply chain security is determining how many critical suppliers use common services that increase your exposure to aggregation risk.

f your business has implemented its own 911 service connection, or you host an emergency response center, understand the load and fail-over capabilities and make sure they fit your service level expectations for life/safety response. Beyond multi-path connections, and secure SIP, look at fail-over to a PSTN service.

ZDNet: 911 services down in multiple US states

A Microsoft Office 365 outage on Monday, September 28 affected users in the US and Australia. The outage started at 21:25 UTC. Microsoft first attempted to fix the problem by rolling back a change identified as causing the outage, but the roll back did not resolve the problem. Microsoft then began "rerouting traffic to alternate systems to provide further relief to the affected users." As of 4:00 UTC Tuesday, September 29, Microsoft says the issue has been resolved.

This manifested itself as an inability to login, and disconnected services unless your authentication token was still valid. The default token life is 14 days. Users may have to reauthenticate or restart impacted applications.

Bleeping Computer: Microsoft Office 365 is down in the USA, shows 'transient' error

ZDNet: Office 365 outage with roll back failure ends after more than six hours